Taiwanese Police continues their crackdown on local racketeers and drugs which are recently rife on the island. These guidelines often lead to increased police activity on Taiwan’s streets. Police officers are equipped now with smaller than ever breathalyzers and there are plenty of police checkpoints at night making sure that nighttime drivers don’t DUI. 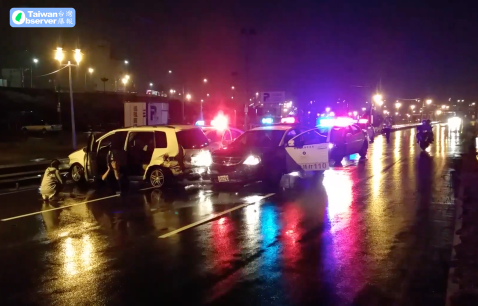 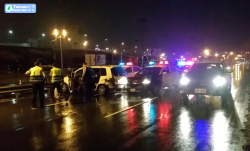 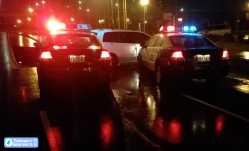 Early on Saturday morning, October 28th, 2017 one of our correspondents happened to ride his motorbike on ShuHong first road, in New Taipei City close to Luzhou. Upon stopping on a traffic light he heard sirens approaching from behind, a quick look back revealed two police cars chasing a white Mazda minivan. The three vehicles, two in pursuit and one trying to getaway, entered the intersection of ShuHong first and ShuHong sixth roads on the red light going northbound at exactly forty five minutes past midnight. A few second later the police car nearer suspect’s vehicle successfully made the driver of white Mazda lose control after ramming vehicle’s rear bumper. Suspect’s car skidded to the right and hit road barriers violently. Both police cars rammed the car to prevent passengers from running out, the driver still decided to dash from the officers, who fired a warning shot but that didn’t stop the driver. 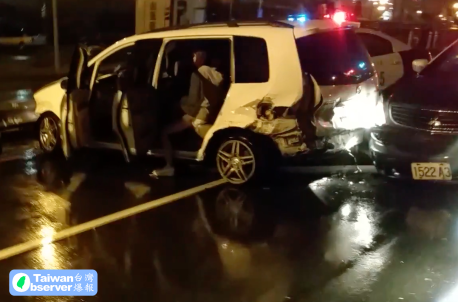 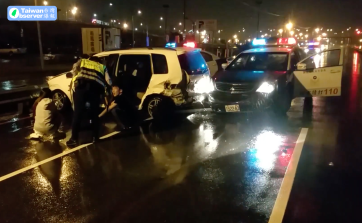 Two other passengers, a man and a woman who remained inside the vehicle and cooperated with the police. The driver had to be retrieved by the officers and brought back to the vehicle where he underwent quick, violent and loud interrogation. When this started to happen our correspondent was asked to leave.