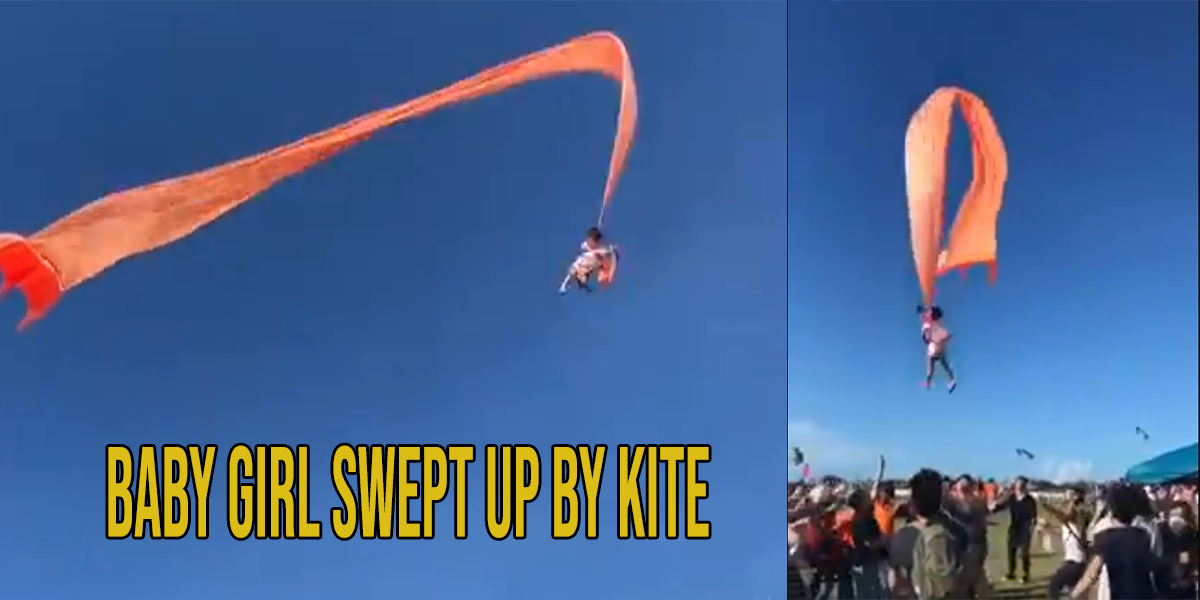 Today, August 30th, 2020, a three year old girl was wrapped up in the end of a kite tail and ended up flying several meters into the air as the kite took off.

The incident took place at the Hsinchu City International Kite Festival at around 3:40pm in the afternoon near the Nanliao Harbor.

While preparign to launch a kite, several revelers were standing close to watch the kite take off. As the kite is launched strong winds kicked in and whipped the tail in such a way that the little girl was able to get entangled in the tail. The winds being very strong picked the little girl up a flung her high in the air.

Those watching started screaming and gasping at the sight and the kite was quickly brought to the ground where several onlookers grabbed the little girl out of the air and got her safely back on the ground.

The girl suffered no serious injuries after the incident except a few bruises and small lacerations. However one can imagine how traumatizing that must have been for a small child. Luckily she came out physically unharmed for the most part.

The Hsinchu City International Kite Festival was suspended for the time being. An investigation to the incident is underway and the festival will only reconvene after it has concluded.