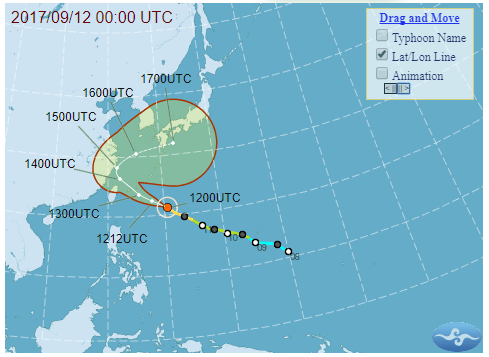 Tropical storm Talim was officially upgraded to a typhoon  last night. The typhoon has changed direction and will no longer envelope the whole island as earlier reports suggested. Residents in northern Taiwan have been warned that even though the typhoon isn’t going to directly impact Taiwan, they should still take precautions and watch the local weather reports for changes or warnings. Since they are in the typhoon’s periphery, this could lead to heavy rain and high winds in the area.

The Central Weather Bureau shows the tracking of the storm is headed north and could make its way past Taiwan by Thursday night. The CWB is expected to issue a sea warning on Tuesday, but could also issues a land warning later as the typhoon progresses closer to Taiwan.

17/9/12, 5:01 pm: As of this point in time there are no work or school cancellations. (in response to a Facebook comment)(image below)

17/9/13, 3:40 pm: CNA reports “Taiwan is not likely to issue a land warning for Typhoon Talim as the storm’s path has shifted northwards, but the northern half of the island could still be hit by heavy rain, the Central Weather Bureau said Wednesday.” 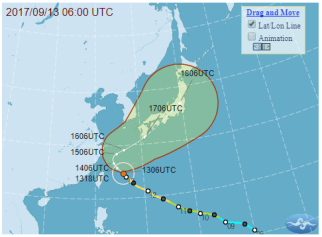 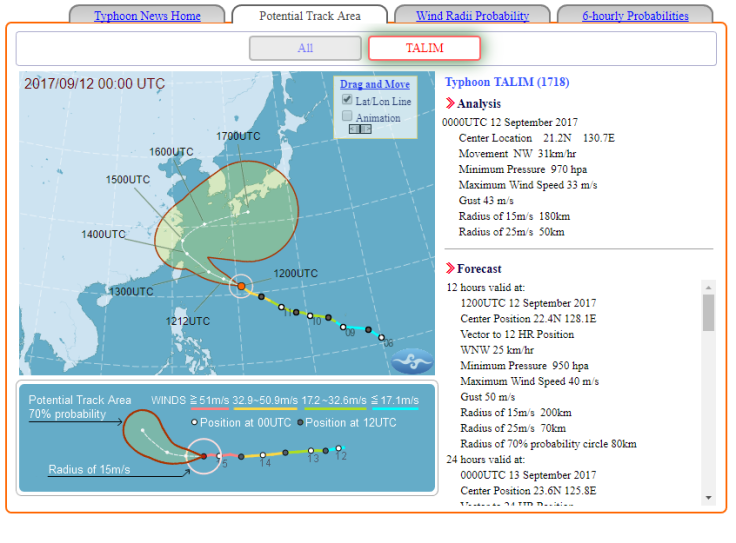 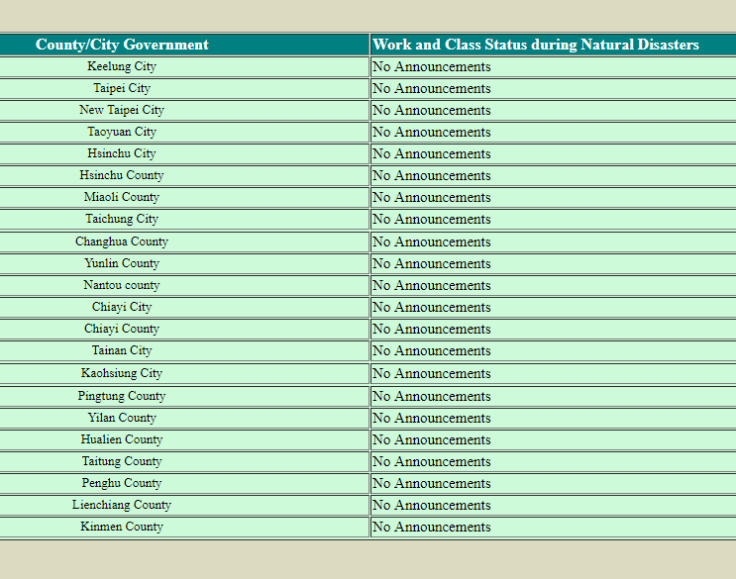 Images from the Central Weather Bureau