Taipei is a medium sized metropolis with quite a bit of traffic. Thousands of cars drive on well organized roads everyday. Most of the cars that one can see  here are domestically assembled Japanese, Korean or European automobiles, American cars are rather hard to come across.

Another thing worth mentioning is the fact that in Taipei there aren’t many vintage cars clubs. At least not as many as in for example Japan, the Philippines or New Zealand.

There are of course exceptions. And one of these is this group of photos collected by followers of  our facebook group https://www.facebook.com/groups/anothersideoftw/

Enjoy these few photos of  rarely seen in Taipei Cadillacs from the 80s. All the machines in the pictures were spotted in Taiwan in the early January of 2017. 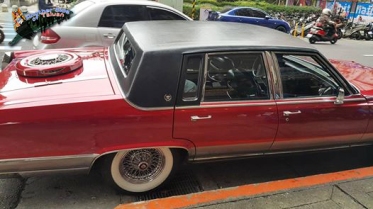